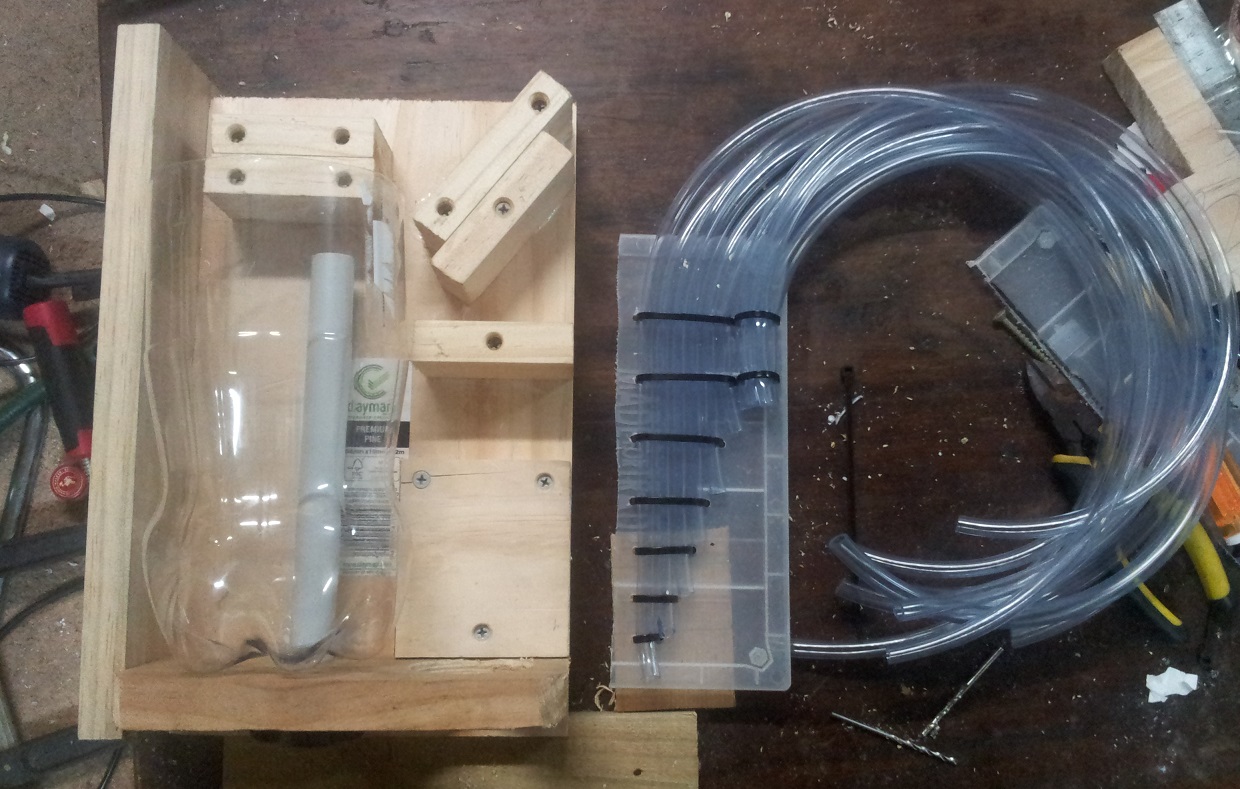 This article covers the creation of the 2nd prototype Gravity Header Manifold – designed to route water for Aquaponics or Hydroponics, at low pressures. This will only be a brief tutorial, as Prototype #3 is better in many ways.

It’s been a while since I’ve posted something, so here’s and old project! Prototype #3 and schematics for both coming soon-Chris

Some notes about the garden hoses and using multiple pumps.

If you are using two small pumps and are worried they may be unreliable – cut the garden hoses shorter so they only reach into the top of the bottle. Otherwise, if one pump fails, water will siphon back down the garden hose once the pump stops. You’ll be left with water coming in from one pump hose and leaving via the other, instead of routing to your system.

On the other hand, if you leave them long as I have, you can clean your pumps out by simply turning them off and back on again for a few seconds. All the water in the container will flow back down the hoses, back-washing out any debris in the pipes or pump. You also have the option of using second hose as an ‘out’ instead of ‘in’ if you want.

I used some strips of electrical tape to number my pipes. In the case of pump pressure loss – eg. it begins to become clogged – the pipes sitting highest in the bottle will stop first. Use the lower ones for your more important systems – such as spray bars for water aeration or other critical things.

More on how this prototype is used coming soon, I’m low on time!