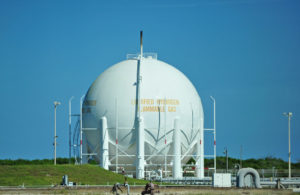 Regardless of what the media may suggest, Hydrogen is not an energy source – it’s a storage method where energy is kept at high energy densities as a liquid. Although Hydrogen is perhaps the best sustainable option for mobile purposes, it’s liquid density is still quite low compared to other liquid fuels.

Since this energy can be stored almost indefinitely using simple hardware, Hydrogen is a viable option for homes or communities to store excess intermittent energy during peak solar and wind generation. This can then be used at a later time, decreasing energy fluctuations. Note that if Hydrogen is produced by using energy from fossil fuels, it is not sustainable. 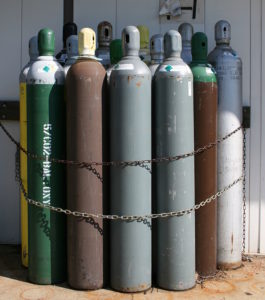 Hydrogen is the simplest element. An atom of hydrogen consists of only one proton and one electron. It’s also the most plentiful element in the universe. Despite its simplicity and abundance, hydrogen doesn’t occur naturally as a gas on the Earth – it’s always combined with other elements. Water, for example, is a combination of hydrogen and oxygen (H2O).

There are many methods of collecting and generating hydrogen, which can then be used in hydrogen fuel cells to efficiently generate electricity, or fuel internal combustion engines directly.

The first Hydrogen fuel cells began to appear around 1938, and have greaty improved over the years. They are currently used for many mobile applications, as well as backup power systems at industrial scales. According to the U.S. Department of Energy, fuel cells are generally between 40–60% energy efficient. This is higher than some other systems used for energy generation. For example, the typical internal combustion engine is about 25% energy efficient. In combined heat and power (CHP) systems, the heat produced by the fuel cell is captured and put to use, increasing the efficiency of the system to up to 85–90%.

A fuel cell is a device that converts chemical potential energy (energy stored in molecular bonds) into electrical energy. A PEM (Proton Exchange Membrane) cell uses hydrogen gas (H2) and oxygen gas (O2) as fuel. The products of the reaction in the cell are water, electricity, and heat. This is a big improvement over internal combustion engines, coal burning power plants, and nuclear power plants, all of which produce harmful by-products.